Kevin Hirschfield GlobalNews.ca
May 13, 2022  10:11 pm
The City of Kenora has issued an evacuation order for some residents as water levels rise.

The City of Kenora has issued an evacuation order for some residents as water levels rise.

More than 360 properties north of the Portier Bridge are in the evacuation zone, although Kenora Fire Chief Kent Readman says he can’t estimate how many people that includes, because some of those homes are either seasonal or vacant.

It’s thanks to the Black Sturgeon Lake, which is submerging roads.

“From our evacuation perspective, it’s just because the roads are becoming unsafe and unstable,” Readman said. “From 10-12 inches of water up to 21 inches of water on these roadways, they’re physically becoming impassable.”

In a statement, the City says “It is important that the public understands this is a very serious situation, not to be dismissed. Continuing to attempt to build up roads or install new culverts is no longer a viable path forward given the current volumes of water.”

An emergency operations centre has opened at the Kenora Recreation Centre for those leaving their homes.

Residents who live south of the Portier bridge are being asked to prepare to evacuate as rising water levels could make the East Melick and Essex Road intersection unstable.

Readman says it’s too early to determine when residents will be allowed back, but says water levels are expected to rise for at least the next week. 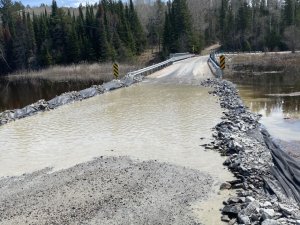 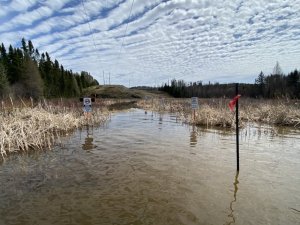 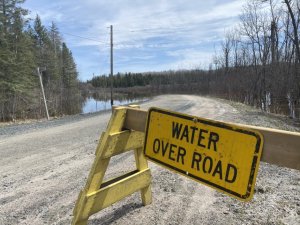