Power 97 presents Kaleo at The Centennial Concert Hall on May 3rd, 2022. 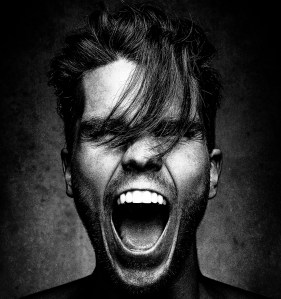 VIP tickets and Platinum tickets on Sale June 15 at 10am. Details at CentennialConcertHall.com

Since the release of their gold-certified breakthrough album, 2016’s A/B, Icelandic rock band KALEO—led by frontman/songwriter JJ Julius Son—has taken their music around the world. The album spawned three hit singles – the GRAMMY-nominated “No Good,” the gold-selling “All The Pretty Girls” and the chart-topping, 2x Platinum-certified “Way Down We Go” which was used in over two dozen television shows from Grey’s Anatomy to Riverdale, leading the No. 1 single to top The Hollywood Reporter’s Top TV Songs chart. After amassing over 1 Billion global streams, 39 international certifications, and countless sold-out headline shows spanning from London to Moscow, KALEO has proven to be a worldwide phenomenon. Known for their electrifying live performances, KALEO completely sold out their first U.S. headline tour and was a standout at Coachella, Lollapalooza and Bonnaroo and recently were hand-picked to open stadium dates for the Rolling Stones. Since KALEO wrapped a nearly non-stop 3-year touring schedule in support of A/B in October 2018, Julius Son was in the studio working on the band’s highly anticipated follow-up album. KALEO’s sophomore album – Surface Sounds – was released on April 23, 2021 on Elektra/Atlantic and features lead singles “I Want More,” and “Break My Baby” as well as “Alter Ego,” “Backbone,” “Skinny,” and “Hey Gringo.” KALEO’s Fight or Flight Tour is set to begin in 2022.

Based in Los Angeles, Concerts West is one of the world’s largest producers and promoters of live tours and events globally for rock and pop superstars including: Céline Dion, The Rolling Stones, Katy Perry, Roger Waters & Justin Bieber. Concerts West was founded in 1998.